After driving home from the 1995 Iola Old Car Show, I spotted a 1965 Mustang GT Fastback for sale near a friend's house. The following day I bought it, as I thought it was a fairly good deal. Starting right away that winter, I ripped every nut and bolt there was from the windshield forward. Everything was either replaced with new, or cleaned, painted and reinstalled. The entire engine compartment was stripped of it's grime and paint and given a fresh coat of paint. The 289 4bbl and automatic transmission were both completely rebuilt. All suspension, steering and braking components were replaced with new. The interior was completely removed. All interior paint stripped and repainted. All upholstery was replaced.

All work was performed by myself, with the exception of the engine & tranny rebuild, and a fresh coat of exterior paint.

While this fastback wasn't a complete restoration, this is the fourth car that I've restored. Other restorations were performed with my father and included a 1966 Mustang convertible (completed in 1984), a 1968 Mustang coupe (my first car, just some cosmetic work done). And in 1990, my father and I worked on our last car together, a 1966 Pontiac GTO convertible, which he still has today, now worth approximately $50,000.

I sold the Mustang because it was just too warm to drive in the summer. It's not a convertible, and it didn't have air conditioning. So I sold it and was looking for a mid-60's convertible muscle car. Instead, I purchased the "ultimate" convertible, a Harley. Someday I'd like to get another 1960's car, but in the meanwhile, I'm enjoying the Harley! 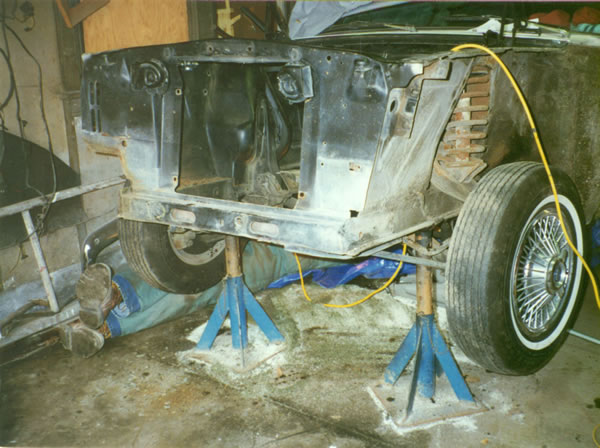 The disassembly of the entire front end. 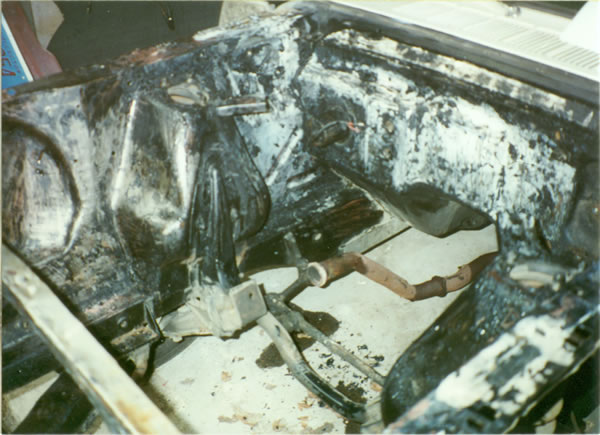 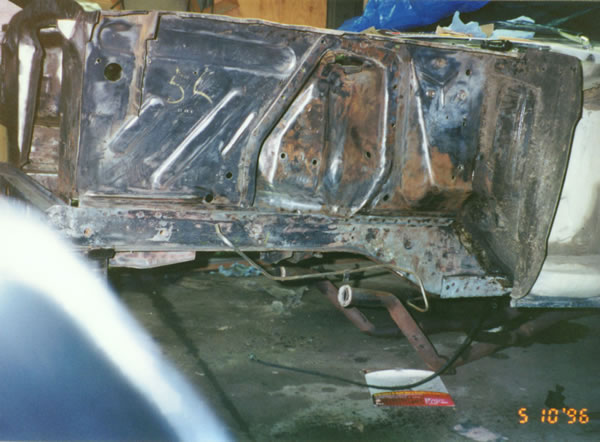 Absolutely everything removed from the front end and nearly paint stripped. 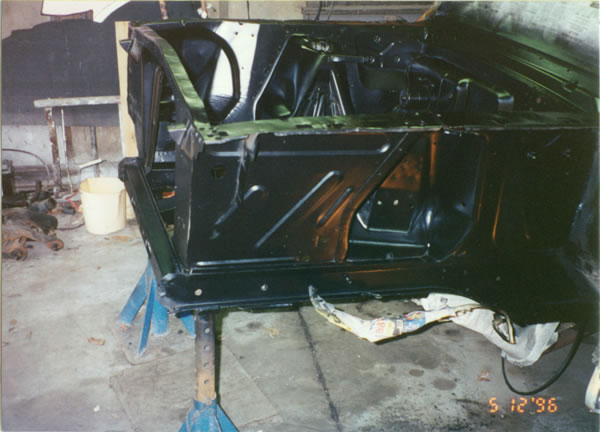 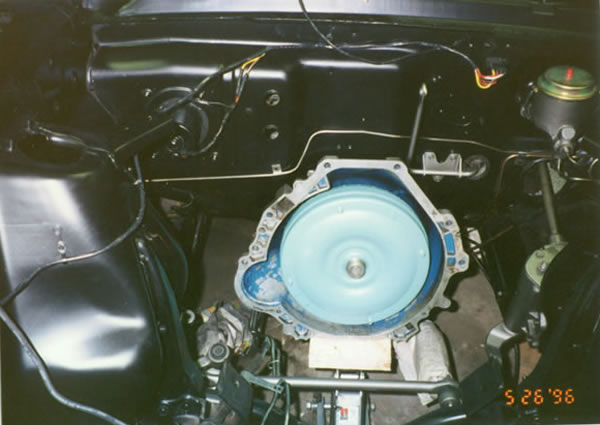 Starting to reassemble everything. 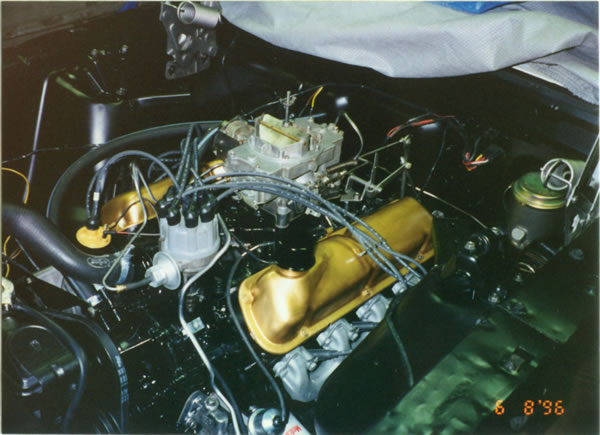 The engine's back in now. 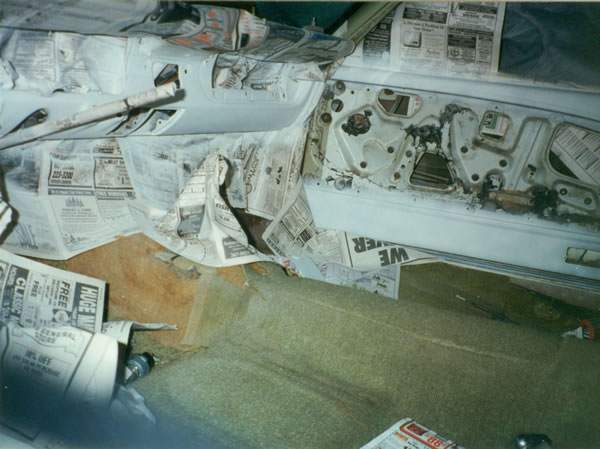 The old carpet and primer on the interior painted surfaces.

The new carpet and the final paint color coats on the interior. 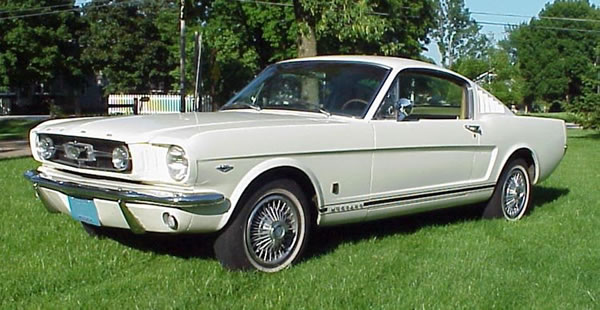 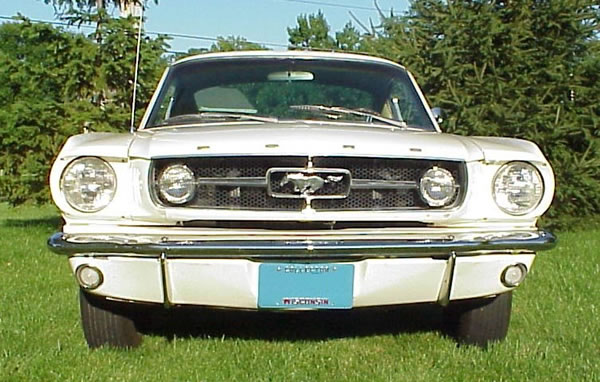 The GT is known by it's standard fog lights and dual exhaust through the rear valence (below). 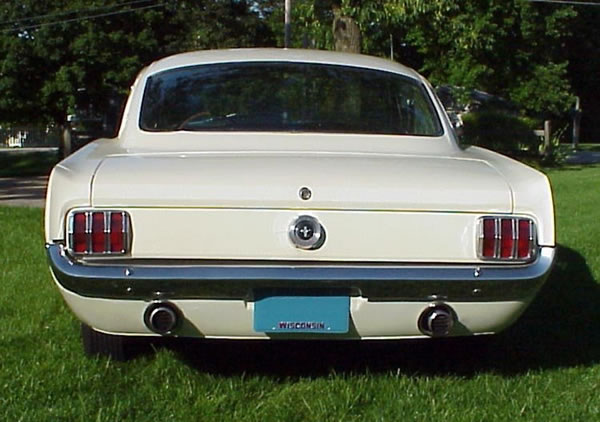 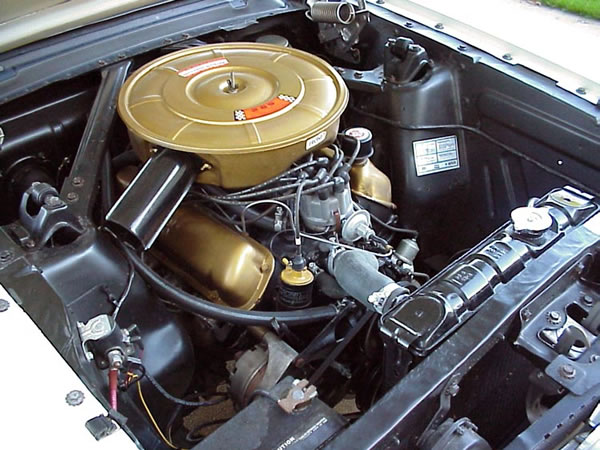 The 289 c.i. 4bbl. The engine compartment (as well as everything else) was restored to factory original parts, colors, etc. The black and gold engine was standard colors in 1965 before Ford switched to the blue color in 1966 and many years afterwards. 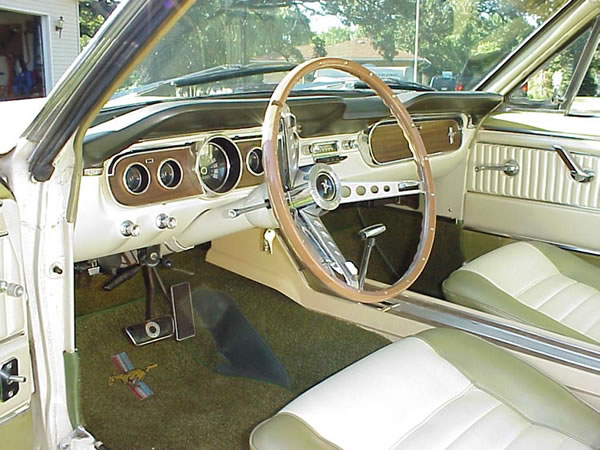 The completed interior. It was the "Pony", or deluexe interior, in two-tone. Unlike any other 1965 Mustangs, the GT had disk brakes, evidenced by the disk on the brake pedal. Also, the 1965 GT had the 5-guage instrument panel, later introduced in all 1966 models. 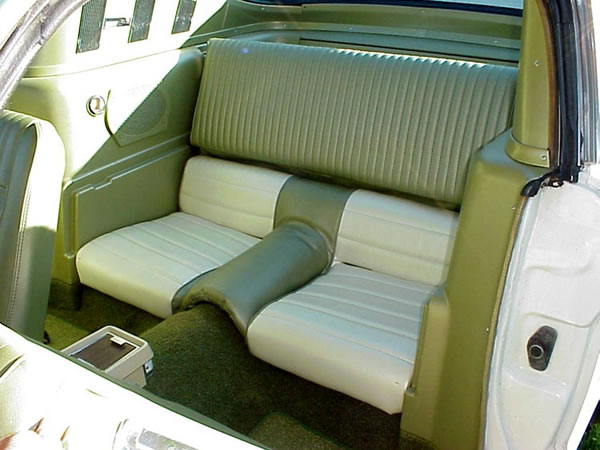 The fastback, or 2+2, was called this because it seated 2+2 people. You could fold down the rear seat (pictured below) for hauling more stuff instead of people. 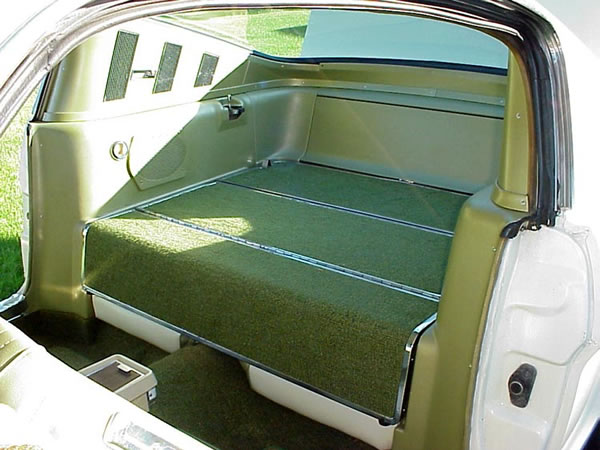 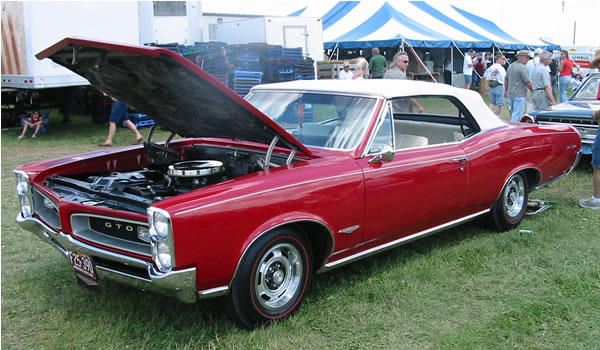 Here's my dad's 1966 Pontiac GTO Convertible that we restored in 1990. He still has the car today.

The engine compartment on the GTO. This is the original 389 c.i. 4bbl.